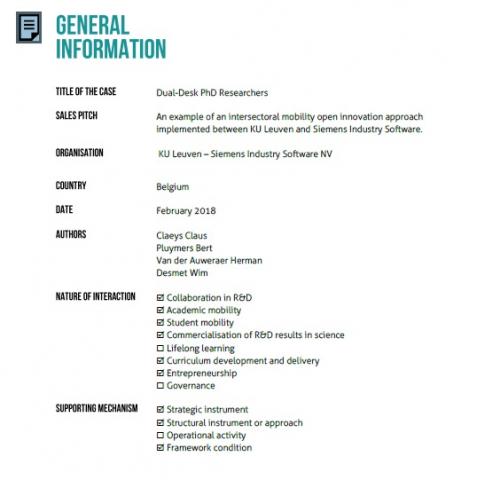 To boost realization of Siemens Industry Software’s and KU Leuven’s complementary ambitions to advance, respectively, the industrial state-of-the-use and scientific state-of-theart
in mechanic and mechatronic system design and analysis, both organizations codeveloped a concept they label ‘Dual Desk PhD researchers’.

The researchers have two desks, one at KU Leuven and one at Siemens and divide their time between both, hence benefitting from being submerged in an academically inspiring environment, while at the same time gaining experience on what it means to bring innovation into an industrial context. The researchers can fall back on the fundamental knowledge base of KU Leuven while they can at the same time be challenged by full-scale industrial application studies with end-users through the network of Siemens Industry Software.

Over the past years, several such Dual Desk PhD’s have successfully defended their degree and are now continuing their career at KU Leuven, Siemens and other organizations worldwide. KU Leuven and Siemens Industry Software highly appreciate the scheme and are continuously updating and further improving it learning from do’s and don’ts experienced, expanding lessons learned to and streamlining processes in legal, financial and doctoral school administrations.